Carefree breathing of clean air should actually be a matter of course. But not only asthmatics and allergy sufferers have a hard time. Many city dwellers are also increasingly suffering from the growing smog load. Several providers have recognized the need. They operate ‘air-farming’ – and sell air from the can.

What a beautiful time it was, when things like this were still considered science fiction. As in Mel Brooks’ Star Wars parody “Spaceballs” from 1987. In a short scene, President Skroob (played by Mel Brooks) from the planet Spaceball denied in a telephone interview with a reporter that there was any shortage of air. He brushed the caller off by saying such talk was nothing but rumors, only the next moment to curse that nosy reporter. Skroob reaches into his desk drawer, which is filled with “Perri-Air” – air from the can. Open can, place nose over opening and breathe deeply. The president seems to like it.

But back to reality. The fact is that the air we breathe is getting worse and worse. Respirators and smog alarms are already part of everyday life in many parts of Asia. 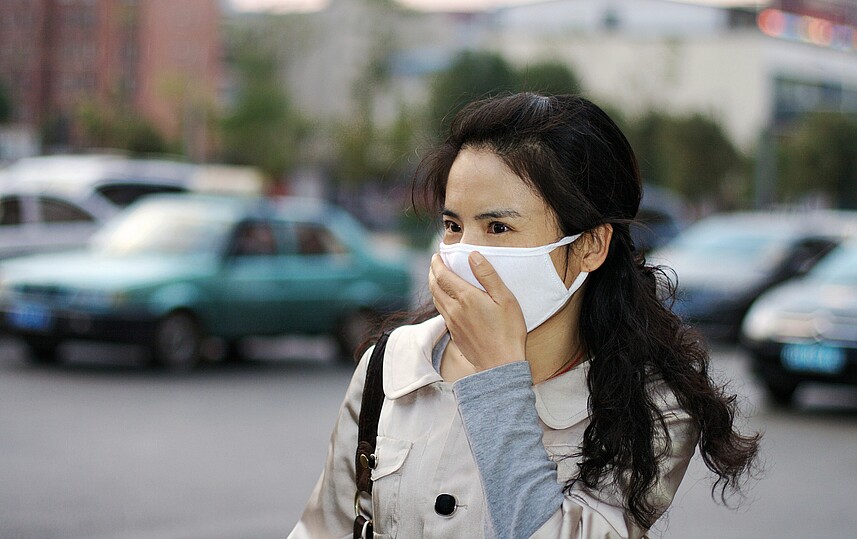 Although air filters are already helping in shops and private households, the need for clean air is far from being satisfied. Especially in Beijing, the situation is alarming. According to US researchers, serious air pollution is said to be responsible for an estimated 1.6 million deaths a year in China. That’s around 4,400 people a day, or 17% of all the nation’s deaths.  The life expectancy of Chinese traffic police is just 43 years . The country is reacting and is increasingly investing in the fight against air pollution.   But in Europe too, the situation barely looks better. Germany is the leader here, namely in terms of premature deaths due to particulate matter emissions.

There are natural sources of particulate matter and those that are made by humans. Natural sources include emissions from volcanoes and oceans, forest and bush fires, soil erosion and certain biogenic aerosols such as viruses and spores of bacteria and fungi. Human-made particulate matter is produced by motor vehicles, power and district heating plants, waste incinerators, stoves and heaters in homes, and certain industrial processes. Agriculture plays a not insignificant role here, in particular emissions of gaseous precursors from animal husbandry.

Various suppliers are looking to cover this growing demand for fresh air – with compressed air in a convenient can format. But the system is not necessarily new. It is already known from pure oxygen, used for example when experiencing respiratory problems or when hiking in high mountains.

John Dickinson and his business partner Theo Ruygrok of the Australian company “Green and Clean” offer just that. For 18.80 Australian dollars, you get 130 breaths of fresh air and a holiday feeling. Of course, the precious air doesn’t come from just anywhere, but from well-known holiday resorts in Australia and New Zealand. Today, why not try a whiff of Bondi Beach, Yarra Valley or maybe Blue Mountains? The inhalation mask is included.   An ideal souvenir for tourists or simply big city dwellers. How healthy that may be remains an open question.

“Remember the day when people laughed at bottled water? “It comes out of the tap, why would I want a bottle?” The truth is, we’ve begun to appreciate the clean, pure and refreshing taste of quality water. Air is going the same way.”

But what is so unhealthy about our polluted air? The biggest danger comes from tiny particles less than 2.5 microns in size, meaning that they can penetrate deep into the lung and ultimately the bloodstream.

The smaller they are the more harm they can do: small particles in the air we breathe. Own research

The consequence: health problems such as asthma, lung cancer or heart attacks. The researchers at Berkeley Earth draw a bleak conclusion:

“Air pollution is a problem for much of the developing world and is believed to kill more people worldwide than AIDS, malaria, breast cancer, or tuberculosis.” American physicists Robert A. Rhode and Richard A. Muller

Air from the can may at first glance seem a strange, sometimes even ridiculous product – at second glance, it is quite alarming that there is such a need for fresh air at all. The problem of air pollution will not be solved by air-farming, but only treated symptomatically. It is also uncertain how healthy the “clean” air from the can really is, or how many of these doses would be needed to achieve a detectable effect on health. The challenge now is to find sustainable solutions that will permanently improve the global situation: technological advancements in the field of air filtration on the one hand and alternative mobility and economic concepts on the other. And that needs to happen before the air we breath becomes scarce – and we really do need to resort to fresh air from the can. Because everyone has a right to clean air.