According to the World Health Organization (WHO), more than 90 percent of the world‘s population live in places with poor air quality. This has serious health consequences, especially for children. A turnaround can only be achieved if particulate matter and harmful gas emissions from industry and private households are permanently reduced. 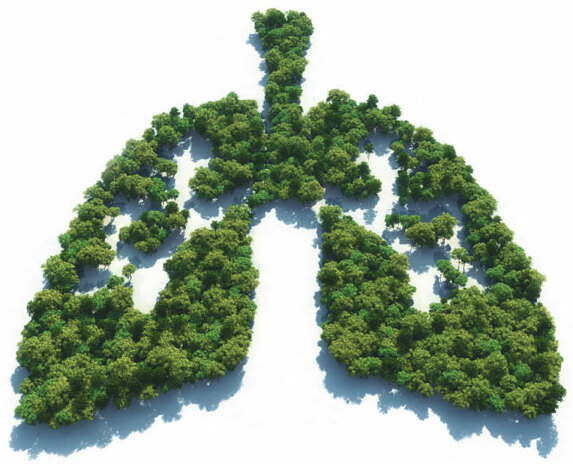 According to the WHO guidelines, 10 μg / m3 is still considered harmless as an annual average of particulate matter (PM2,5) in the air. However, if people are permanently exposed to more than 10 μg / m3 of particulate matter, this can have health consequences. Studies by the European Environment Agency (EEA) and the WHO show that these values are regularly exceeded worldwide. The only areas where the air is truly clean are close to the poles and in parts of North America.

Large parts of Africa and Asia are the worst affected regions. There are many reasons for this. On the one hand, it is the result of natural factors such as high dust levels in deserts and dry regions. On the other hand, the high values are also attributable to adverse economic conditions: cooking and heating are usually done with wood or coal. Industrial companies have little money for measures to reduce emissions. In megacities, too, particulate pollution from industry, transport and private households is especially high. Nevertheless, EEA data indicates that air quality in Europe is slowly improving. Political measures are having an impact and industrial emissions are also falling thanks to new technologies and filter systems.

Many illnesses and deaths

The WHO estimates that every year around 7 million deaths are directly or indirectly caused by poor air quality. Respiratory diseases, asthma, heart disease, stroke and lung cancer have all been shown to occur as a result of permanent poor air quality. In some megacities, particulate matter and pollutants can reduce life expectancy by up to two years.

What is neglected in many discussionsis that children are particularly at risk. Around 93 percent of all children worldwide live in environments with poor air quality. More than one in four deaths among children under the age of five is directly or indirectly attributable to ambient air pollution and household air pollution. The WHO report shows that particulate matter and pollutants in the air we breathe promote developmental disorders in children. In addition, neurological disorders, reduced lung function and an increased risk of asthma and leukaemia are all associated with air pollution.

Bold investments for a clean future

Detailed information about the current WHO study can be found here.

Talking to us is easy